Facebook “Project Libra” and how it will Revolutionize the Rental Game

With the introduction of Libra, Facebook closes the loop. Users will be able find rentals and securely pay rent without leaving the platform. 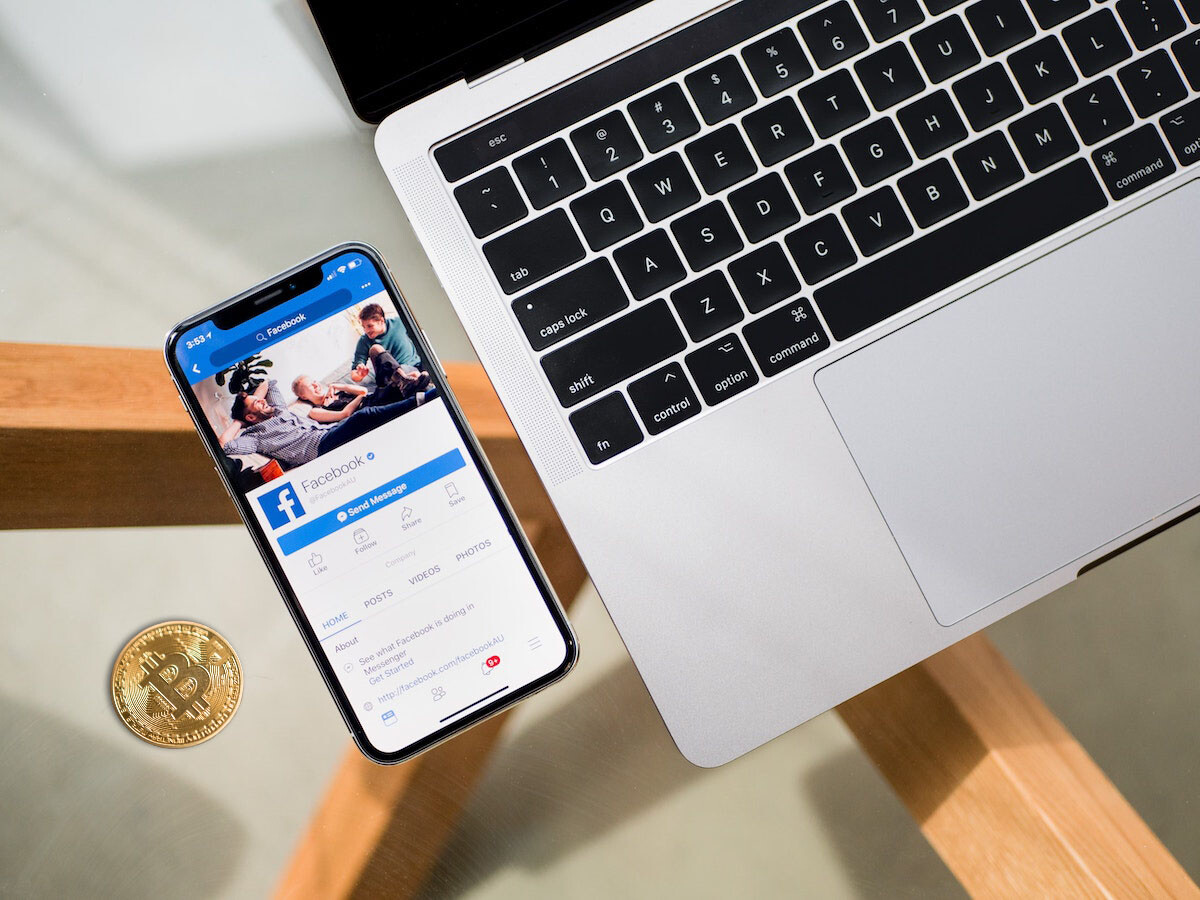 Cryptocurrencies aren’t going anywhere and the world is slowly adapting to that fact. After Bitcoin made headlines in 2016, ‘17 & ‘18 it has become apparent that not only are cryptos becoming more popular as investment opportunities, they are being traded by people for real assets, and can even be earned through the metaverse and blockchain games.

Cryptocurrencies are built on Blockchain technologies that act as irrefutable proof of digital ownership.

When it comes to property, for example, there are whole real estate agencies dedicated to selling properties using crypto. In the UK the first houses sold for Bitcoin in 2017 and the new owner of two homes claimed he would be renting them out in Bitcoin too!

This is fairly convincing proof that people want to use Cryptocurrencies as currencies, they just need to be allowed to do so.

However, Cryptos aren’t without their issues, both technical and practical. For example, you can’t currently go into a shop and pay using whichever of the cryptocurrencies you have bought into. If it’s not changeable in a real-world environment then can it really be deemed as a currency?

The second is the ability to process transactions. “On average Bitcoin processes about 7 transactions per second, which makes it pretty slow compared to Ethereum (15) and Ripple (the fastest major cryptocurrency, at 1,500 per second).” For reference, Visa currently does 24,000 transactions a second with plenty of room for more.

The Dangers of Crypto

There are some pretty obvious dangers with trading in a cryptocurrency. The lack of regulation, the massive fluctuations in value, and their unreliability to name the first three that come to mind.

Of these, it is partly those big swings in value that make Cryptocurrencies so enticing as an investment option. The possibility of big rewards quickly is paired with the possibility of equally large losses just as fast.

At the point of writing this article, for example, Bitcoin is up nearly 15% over the last 7 days, however, it’s down 5% in the last 24 hours. Compare this with the S&P 500 where the fluctuations are in the 5-10% range yearly, and daily not normally more than a change of 1%.

These dangers, paired with problematic transaction speeds remove the transactional practicality and scalability of these currencies.

On Tuesday morning Facebook announced their Project Libra. A new type of digital currency designed for billions of users. They have partnered with 27 of the biggest companies to make this as instantly and widely spread and usable as possible. To name a few, the likes of UBER, Mastercard, Vodafone, are all on board. And of course, you’ll be able to use it through any of Facebook’s own assets – Marketplace, Messenger, WhatsApp, and Instagram for example. They haven’t yet announced an exact release date, however, we should be prepared for launch sometime in 2020.

The currency will come with its own wallet Calibra which will be operated by Facebook as a separate subsidiary and provide users with an easy way to store and spend Libra. The digital wallet will very likely have a streamlined design and integrate with all their major partners – making it easy to view, store, and spend.

Facebook has said that this currency is designed for those people that don’t have access to basic financial services.

“For many people around the world, even basic financial services are still out of reach: almost half of the adults in the world don’t have an active bank account and those numbers are worse in developing countries and even worse for women. The cost of that exclusion is high — approximately 70% of small businesses in developing countries lack access to credit and $25 billion is lost by migrants every year through remittance fees.

“This is the challenge we’re hoping to address with Calibra, a new digital wallet that you’ll be able to use to save, send and spend Libra.” – Facebook Newsroom

However, we don’t think it’s unreasonable to view this move as a new gambit to hook in their users further. Facebook has come under scrutiny recently for their loose privacy policies and breaches and they lost a fair few users as a result. 3m users in a day, to be more exact after the Cambridge Analytica scandal came out.

Though theoretically simple to delete their apps and explore the alternatives, it is proven hard for people to escape Facebook’s clutches. It would be even more difficult to quit Facebook if it was not just the app you use to catch up or stalk old friends, but the app you use to pay your rent.

If they manage to pull this off, this incredibly ambitious plan (which some do doubt), they would be offering a valuable service further engaging and hooking in their users and securing their position as a leading tech company for the foreseeable future.  It could also signal a dramatic change in the way currencies operate globally.

How is Libra different?

There are over 2000 cryptocurrencies currently so how is Facebook’s “Project Libra” different from any one of these?

The Libra blockchain – like all blockchains – will provide a tamper-proof record of transactions on the network. The Blockchain is a new one designed and built by Facebook, called Move. Unlike Bitcoin and other public blockchains, only authorized bodies – in this case, foundation members – will be allowed to run a node.

Also, members will maintain the supply of Libra in response to demand. What this means is they will issue new Libra as needed and destroy the digital currency when people redeem them.

Members are also required to support a reserve fund to keep the value of the currency stable. To avoid the notorious volatility of cryptocurrencies like Bitcoin, each unit of Libra will be backed one-to-one in a basket consisting of dollars, pounds, euros, and Swiss francs.

Facebook is betting upon its users using Cryptocurrency like they would money and as such, it is designed with two things in mind; practical use and currency stability. Without both, the likelihood of widespread consumer adoption is fairly null.

This is something that the earlier Cryptocurrencies are still very much struggling with. Whilst technically creating your own cryptocurrency isn’t all that hard, getting people to use it, getting people to understand the USP and benefits, like launching any business is a time consuming and expensive process. Plus, when, as is happening with Libra, the big kids step onto the playground, you’re likely to be pushed to the wayside by their superior resources.

The future of crypto is uncertain. However, we are beginning to see practical applications of blockchain in the real estate marketplace, from purchasing to renting.

Facebook has made several forays into the property market both indirectly and directly. And the Facebook marketplace is now becoming a favorite with young renters to find their next rental property. With the introduction of Libra, Facebook closes the loop meaning their users will be able to find, properties, arrange viewings, communicate through Messenger, and securely pay rent without ever leaving the platform.

This still leaves the question: is collecting rent in a cryptocurrency a good idea?

This is a tough question to answer. The advantages are the safety and ease of the transaction through specifically designed wallets. The disadvantages are the currency volatility. In practical terms, you could quite easily collect rent through any number of the available cryptocurrencies. In fact, people already do, here’s a Reddit thread discussing this exact thing.

In reality, though, there are currently too many limitations. The two main players – Bitcoin and Ethereum – are slow. Bitcoins’ recent recorded transaction speeds varied from a low of “9.76 minutes to a high of 190 hours (nearly 8 days).” Without being able to use them transactionally the majority of large financial professionals are right to look upon cryptocurrencies with skepticism.

By stabilizing the currency with a dollar for dollar cash value Facebook gets rid of the uncertainty and makes it a practical currency – and by partnering with major brands, not only do they get the capital to ensure the project’s success but they ensure that the currency will be exchangeable for real-world value.

We are yet to see what kind of transactional speed they will offer, but we bet that their system and blockchain will be designed fit for purpose.

Which means this bold plan by the tech giant might just work and change the way rentals are run forever.

Whilst being early to market has its advantages, it also has its weaknesses. For example, Bitcoins’ slow transaction process speed and massive value fluctuations remove a large part of its value as a currency.

Newer currencies have been attempting to overcome these problems – Bitcoin Cash is Bitcoin’s own attempt to make a more transactionally friendly currency. However, no one else at the moment has the ability to bring as many resources for development and management as Facebook. And they have been able to learn from the errors of the earlier cryptos building their blockchain to avoid the pitfalls of those that came before them.

We are excited to see just what happens with Libra – the potential is huge. Anyone interested in collecting rent with crypto may well want to wait for the release of Libra, it could very well be a game-changer.